Hemsedal Cafe is commonly known as “The Birthplace of Afterski”, for someone it’s “the perfect pitstop between Oslo and Bergen”. For most, Hemsedal Cafe is a place to feel at home, a restaurant with delicious lunch, a good drink and a tasty dinner with local produce. However – the story of Hemsedal Cafe is not what you would expect.

Dreaming of a fairytale

Once upon a time, two lads from Fredrikstad had a dream. A dream of joy, good food and rock’n’roll. One day they stumbled upon an ad, a cafe for rent! There was only one problem – the cafe was in a kingdom far, far away—the kingdom of Hemsedal. The two young men thought hard and long, and after five whole minutes of brain picking, they packed their bags and strolled towards their uncertain future in the mountains. When they arrived in Hemsedal, they quickly realised that it takes more than two to conquer. They called upon their family members, and with that, the Cafe was serving their first meatballs in gravy. 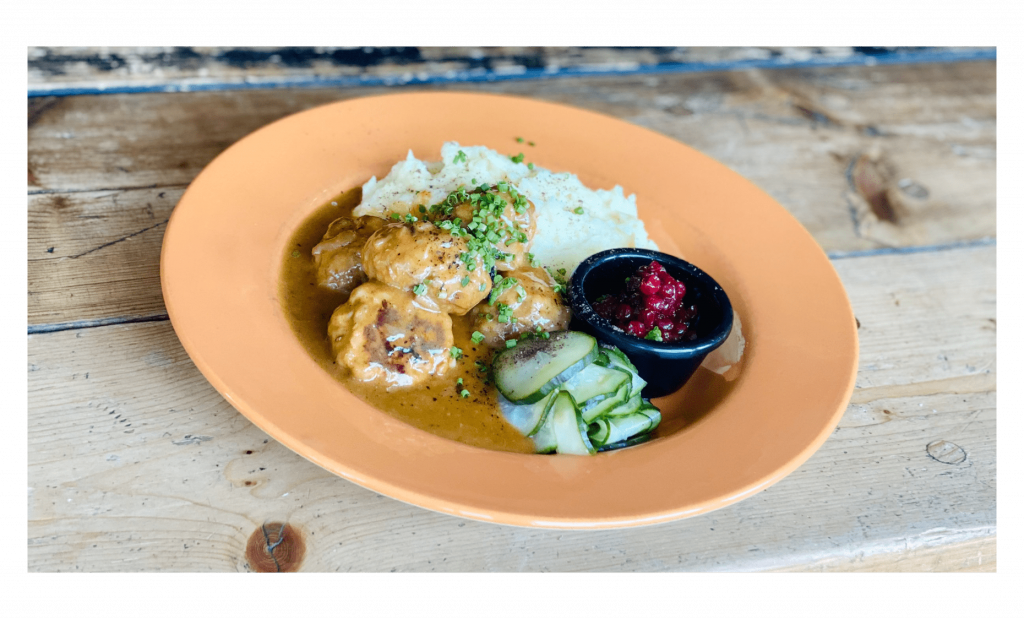 All good things are three – and dancing on the tables!

Meatballs sold left and right, and soon the entire village knew of the cozy cafe in the heart of Hemsedal. However, our young boys were not satisfied. They felt something was missing, the Rock’n’Roll. They invited everyone, after their long day on skies, to come dance on the tables, they turned up the music, and the first afterski was born.

The adventure was succeeding. Skiers all over Norway gathered, and the Afterski shone for some decades. The lads looked at each other and smiled, thinking about what they had created, before they rushed back to work. One thing was sure, they needed the third billy goat before crossing the next bridge. One with power, heart and love. Little did they know he was already working with them. He was invited to join with open arms and just like that; the three little pigs ruled the heart of the Scandinavian Alps! 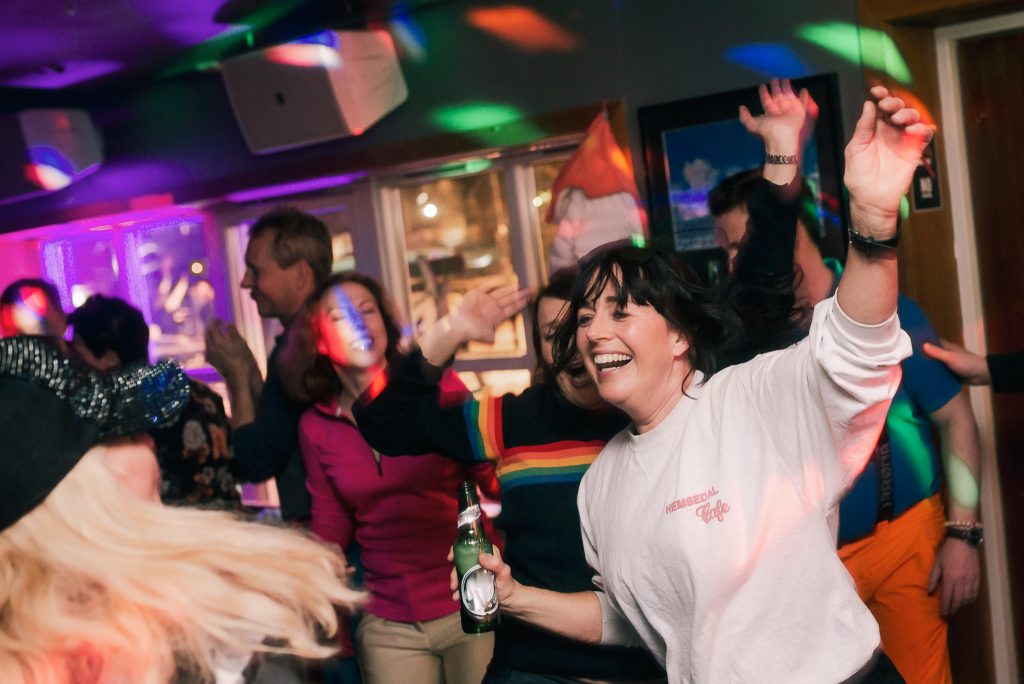 The trio had all earned a princess each and half the kingdom. Now, they were at a crossroads. One road leads to a calm, safe life with a wagon filled with memories and gold enough for three long breaths. The other was an uncertain road, the fog laid low and mud to the knees, but there was word of enough gold to swim in at the end. None has succeeded to reach the gold yet, and those brave enough to try, come crawling back without arms or legs. One of the lads gave his brothers a big hug, took his gold and princess on the wagon and rode to the safety. The two others looked at each other, tied their laces and stepped into the mud. It’s up to them to decide how far they will go, if you don’t try you will never know!

On the road to gold, the guys found diamonds and adventures, but the best part was encountering three dwarfs with their bags packed, ready to join the hunt of the gold. Nothing has been the same ever since the dwarfs joined the company; Today, they’re known as the A-team, ponyexpress and the three musketeers. If you are lucky, you might find them still sweeping floors, running around and defending their kingdom of Hemsedal Afterski.

The Afterski moved to Stavkroa, and the party left Hemsedal Cafe. Who chose the right path we still don’t know. What we know is that so far, the road has brought happiness, love and many more fairytales of Norwegians travelling over the mountains to visit Hemsedal – The Valley of Love.

What has become of the legendary Hemsedal Cafe today? The cafe has gone back to the roots, focusing on local food and good drinks. In the middle of Hemsedal, you will now discover a restaurant who invited you in for lunch, dinner and good memories. We are following the farm-to-table movement with passion. But don’t be afraid, the fairytale of Hemsedal Cafe is far from being over, and if you’re lucky, you might encounter a legendary Hemsedal Cafe afterski once again.